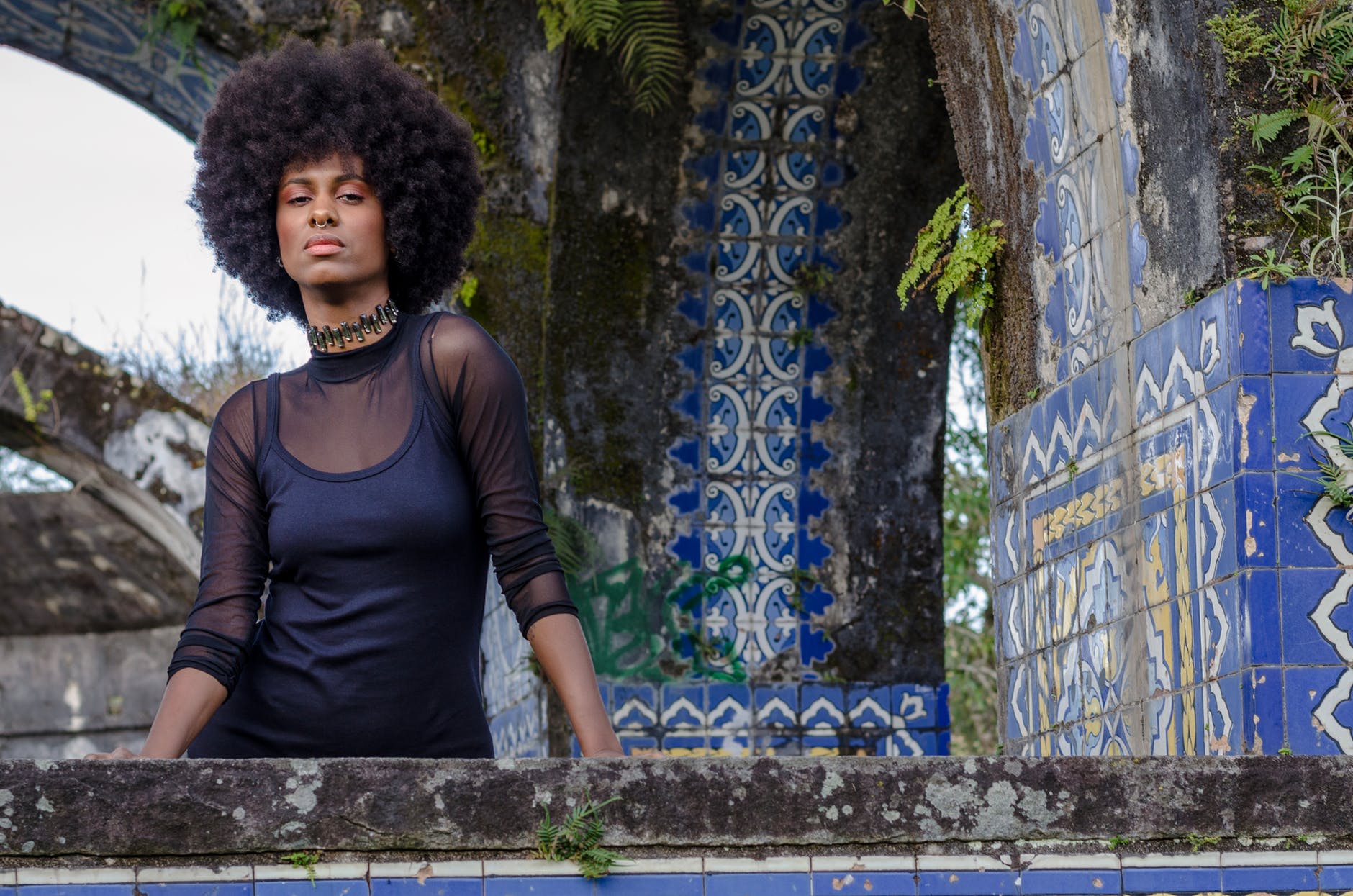 In this blog post,  we are going to share the rarely taught origin of nappy or Afro-textured hair. When you search the internet for the history of “afro hair”, you will find a number of websites that speak about the origins of different African hairstyles. However, we are going to dive a little deeper in this blog post discussing how the texture of kinky hair came to be.

Originally, according to the Honorable Minister Louis Farrakhan, the hair on top of the heads of black people was like that of their eyebrows. If this is true, then what event in the past caused such a dramatic change?

“Nappy hair” also referred to as Afro-textured hair is characterized by its course and curly texture.

According to Wikipedia, Afro-textured hair is often difficult to describe as there is a wide range of possible variations. “Those variations include pattern (mainly tight coils), pattern size (watch spring to chalk), density (sparse to dense), strand diameter (fine, medium, coarse), and feel (cottony, wooly, spongy).”

50,000 years ago there was a scientist named Shabazz who took a group of people, of whom modern man descends from into the Jungle to prove that man could overcome the wild animals there. This period of time is commonly stated by the Nation of Islam as the origin of kinky hair.

In the book Supreme Wisdom by Elijah Muhammad, it states:

“The origin of kinky hair came from one of our dissatisfied scientists, fifty thousand years ago, who wanted to make all of us tough and hard in order to endure life in East Asia (Africa) and overcome the beast there. But, he failed to get the others to agree with him. He took his family and moved into the jungle to prove to us that we could live there and conquer the wild beast and we have.”

The was more of a migration than what Elijah described, but the point is that they moved away from civilization into the jungles. Some are still living in this condition to this day and are known as the San people, Pygmies, and Australian Aborigines.

After about 42,000 years of living in the jungle, our 12 active strands of DNA were reduced to 2 active strands. This is the condition that our bodies are in today. This is all due to losing aspects of our character in preparation to make new people who never existed before in the universe.  (Black Root Science)

This time period was preparation for an event that would occur 44,000 years later or 6,000 years ago. The events of 50,000 years ago started a natural process of self-forgetfulness where we would begin to lose aspects of our character and knowledge of self.

This would help to alter our bodies to allow our recessive genes to be physically expressed. Prior to this time even having an albino child was not physically possible we only knew about it as a possibility in the mental realms.

The animals and plants were also very different prior to this time. People did not eat meat of any kind. In fact, there were no animals who ate and hunted other animals. All animals ate vegetation. There were some small that ate only dead flesh to help them decompose.

Kinky hair by contrast to the hair of the aboriginal black man is reflective of the tensing of the muscles necessary to the survival of the people during this time period.

In science, we have come to the understanding that movements necessary for survival purposes moved from the deliberate to the unconscious part of us.

In fact, according to Keith Eric Grant Ph. D., in an essay entitled Imagery, Movement, and the Dynamic Dance of Life, he states “We might benefit from such control by never carrying unconscious tension in a muscle, thereby obviating many benefits of massage. More likely, our early ancestors would have been so slow in responding to attacking bears and the like that they would have become part of some food chain. We need our ability to learn and use neuromuscular patterns in order to balance and move quickly and effectively.”

Simply put during this time period we became less delicate.

If this is the case, and we have been out of the jungle for such an extended period of time, then why has the kinky hair and strong body structure been maintained in our genetics?

The answer to this question may be found in the study of ideokinesis (the repeated ideation of a movement, without volitional physical effort).

Imagination and visualization have been utilized to manifest realities not only at the generational interval but within the present moment.

Kinky hair is simply engraved in our unconscious body image as a result of our time in the jungle 50,000 years ago. This was actually preparation for the work of a future scientist by the name of Yakub.

We hope that you have a better understanding of the origin of kinky hair. The natural hair movement has become really popular among black women. There are a number of black YouTubers that teach how to create various styles and how to care for black hair. This has helped many black people not only express themselves but also gain a sense of pride.

If you have any additional information on this topic feel free to leave a comment below.