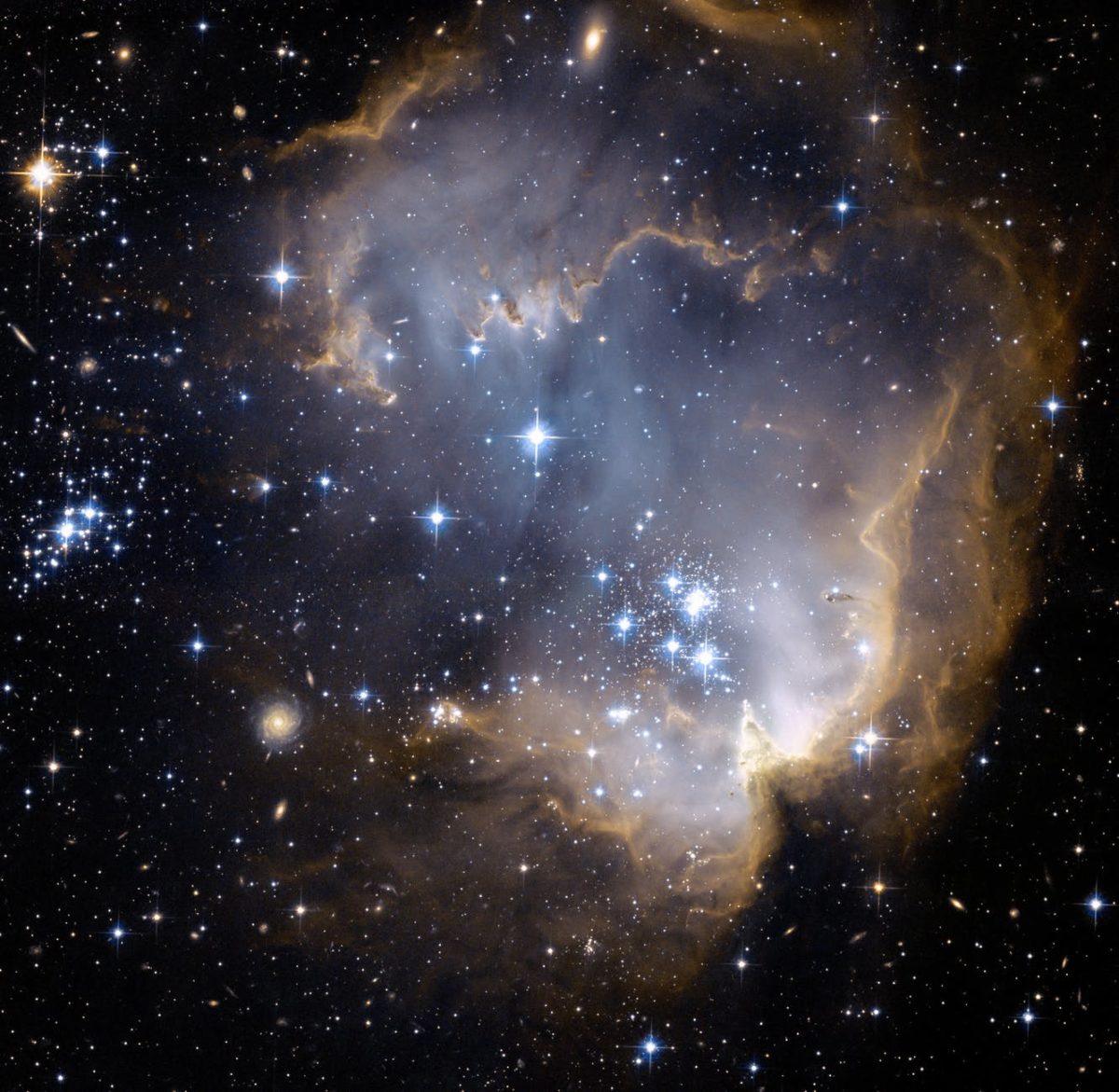 Do you want to know who the Elohim Angels are? Yahweh was destined to create a world unlike any had seen before in the Universe. In order for him to be successful in his mission he took 59,999 voulunteer with him to the Island of Patmos (Pelan) to carry out his work. These individuals would become known as the Elohim.

Who are the Elohim Angels?

The Elohim lived on the planet earth about 6,600 years ago. They are sometimes referred to in the Bible as angels. One famous reference to these Elohim Angels are the two people in white garments present during Jesus resurrection.

The Elohim are the 60,000 volunteers who took part in making man in our (Black People) image. This the non-black races that we see today, were made from a process of selective breeding. Prior to this time all were Black. The preparation for the Elohim actually started 44,000 years prior when a group of Black People agreed to self-isolation. This time of self-isolation, 50,000 years ago, would lead to the deterioration of our character and thus our lifespan and bodies.

This deterioration caused for 10 out of 12 of our strands of DNA to become inactive. This allowed us to make other people from us through selective breeding because our bodies had been altered to a point where the expression of our recessive genes was now possible.

All the Elohim when they were incarnated on Earth had only 2 active strands of DNA.

Are the Elohim Angels Still Alive?

At the end of their life, each of the Elohim ascended into bodies in the star system Sirius. We originate from this star system as our planet was seeded 78 trillion years ago from 144,000 Sirius natives. The home of the Elohim is now Sirius but they will return to Earth where they will rule as Gods.

This ascension was made possible as it is one of the seven purposes of the pyramids of Giza. Due to changes in DNA black people no longer ascended consciously, so when the pyramids were built this function was built into them in anticipation of Yahweh and the Elohim. Their personality/soul joined their twin soul on Sirius This is why passages are aligned toward the star system Sirius. The Dogon tribe in Mali still practice reverence of this star system as they are one of the original tribes.

What Did Yahweh (YHWH) and The Elohim Do?

6,600 years ago on the Island of Patmos (Pelan), the 60,000 Elohim volunteered for the selective breeding experiment. This experiment would make a new man/woman, who looked like but was unlike the original man/woman.

“26 And God said, Let us make man in our image, after our likeness: and let them have dominion over the fish of the sea, and over the fowl of the air, and over the cattle, and over all the earth, and over every creeping thing that creepeth upon the earth. 27 So God created man in his own image, in the image of God created he him; male and female created he them.”

The “us” are the 60,000 Elohim. The making of a ‘man in our image’ is the selective breeding experiment.

This experiment would bring about four new races of people who have never been seen before. These races would have the Black Gene of Germ, which is the seat of God (morality) completely removed.

Yahweh’s Experiment – How The First Race Was Made

The dominant Black Gene takes exactly seven generations or 200 years to breed out. The dark brown children were encouraged to marry one another to produce a lighter child. If Darker children wanted to marry they were told that they could not have children because their blood did not match.

“He called the doctor first and said: Doctor, let all the people come to you who want to marry; and if there come to you two real black ones, take a needle and get a little of their blood and go into your room and pretend to be examining it, to see whether their blood would mix. Then, come and tell them that they will each have to find another because their blood does not mix. Give them a certificate to take to the minister, warning the minister against marrying the couple because their blood does not mix. When there comes to you two browner ones, take a pretended blood test of them; but, give them a certificate saying that they are eligible to marry.”

The first race to be made at this time would become known as the brown race (Hispanic/Greek/ Portuguese/Latin). During the breeding of the first race, Black children were born alongside dark brown babies.

In order to instill a light-skinned supremacy mentality, many black children were murdered on the island. The nurses carried out this murder by pricking the child’s brain with a needle and telling the mother that it was a stillbirth. Some black children survived as parents hid their children and took them off the island.

The practice of child sacrifice has been wrongfully attributed to Yahweh (Yakub). Yakub himself lived 150 years. Shortly after his passing and the passing of the other Elohim, the remainder of the work was carried out by the nurses, midwives, and doctors on the island. These new leaders who were now light skinned started to kill Black children out of fear of being overpowered. This was not a part of Yahweh’s original plan as he simply wanted Black children to be relocated to parts of the middle east as the selective breeding continued.

Legends of Moses being sent down the river at birth in a basket relate to the Black people who escaped the island. The story of Pharaoh ordering the killing of the first born son is an alteration to what took place during this time. In fact, the legend of Cain and Abel describes the first act of hostility to occur on Earth. Cain represents the light-skinned race (later the Caucasian) and Abel represents Black people. This story would show up again as Noah’s sons Shem and Ham and their descendants. Remnants of this initial conflict are found today between the Arabs and Jews, as the initial reason for the conflict has been lost due to time and misrepresentation.

Yahweh or Yakub’s Work Is Carried Out For 666 years

“Of course, Mr. Yakub lived but 150 years; but, his ideas continued in practice. He gave his people guidance in the form of literature. What they should do and how to do it (how to rule the black nation). He said to them: When you become unalike (white), you may return to the Holy Land and people, from whom you were exiled.”

After the Making of the first race (over the course of 200 years), a second race was produced 200 years later. This race is made up of the Arabs/Persians/non-black Indians/Pakistanis/Jews of today.

The third race was produced from this second race after another 200 years. This race of people is the yellow race. The final race was made from the yellow race in just 66 years. Thus it took 666 years to make the Caucasian of today.

“Man was created of haste. I will show you My signs, so do not impatiently urge Me.”

“According to the word of Allah to me, the white race was created in haste. Their father, Yakub, was in such a hurry to put his new people on earth as rulers, that he married them while very young (15 and 16 years of age). Knowing that they had only 6,000 years to go, he rushed them, so says the world of Allah to me. This makes them hasty by nature. They have a fiery temperament; while the original black man is meek and humble.”

Why Did Yahweh Make The Caucasian?

“In this work of Mr. Yakub, taking the white man out into, what we would say today, the fifth stage of the family, he became the fifth and the most distinct of all. He’s a new man to every one of us, a new race of people with and wisdom that is absolutely new and contrary to the aboriginal, the black man.”

Yakub of Yahweh made the light races for two primary reasons. Yahweh’s creation is unique in the sense that it is the first time that evil is manifested in the physical universe. It was also important to understand what it was like to be other than perfect, as God only knew perfection. God seeks to understand all that is in him/her and the time had come to experience evil and self-forgetfulness.

What is The Destiny of The Elohim Angels’ Made Man?

“He told his people, the white people, “When you have lived on this earth 6,000 years, don’t try to run the 7th, because the in the 7,000th year, your brother coming from the East, He’s going to eat you up.”

The universal law of momentum states that all things have a certain amount of momentum when they are made. The momentum of Evil is 6,000 years. This time has already run its course. The light races and their creations, the extraterrestrial species, have 1000 more years as a physical species. After this time there will only be black people left on earth. Without the Black Germ, these races are unable to or renew and thus live out a 7,000 year existance.

There are two secret societies that are fighting over control of the world before the appearance of Yahweh. The first group, the Theosophists, consist of mostly yellow-Asians and white-. The second group the Rosicrucians are made up of mostly . These two groups are the highest practitioners of the school of 33 degrees of knowledge Their primary intent is to use religion and mysticism to prepare the world for a false white/Asian messiah before Yahweh and the Elohim’s return. One famous example of this is the Rapture Bible teachings given to the world.

What Happens After The 1,000 Years of Peace?

The made man, lacking the creative Black Germ (the seat of God), are new personalities with a collective mind that lives in the God Yahweh. A part of the mind of Yahweh is the source of their inspirations and their inner guide. The made man has the free will to act on these inspirations or to act out their nature. When non-blacks die their personality is separated from the collective mind (Mind of Yahweh). Their personality is sent through mental realms where that ‘soul’ partakes in an endless spiritual evolution if desired. For more on this see our blog post on The Ego and Ascension.

For Black the spiritual evolution reaches a climax when the person becomes a full God. At this point they gain access to all available heavenly realms that exist.

The point is that Black people are not the same as non-blacks. Black people are eternal beings, having no beginning or end, and are an incarnated God. The made man has his beginning (6,000 years ago) and an end (1,000 more years maximum) in the physical universe, and have a collective unconscious mind that lives in their maker Yahweh.

When Yahweh makes his return, many will begin to worship him. Those Black People who are already in touch with their first or higher self will know Yahweh as their eternal brother.