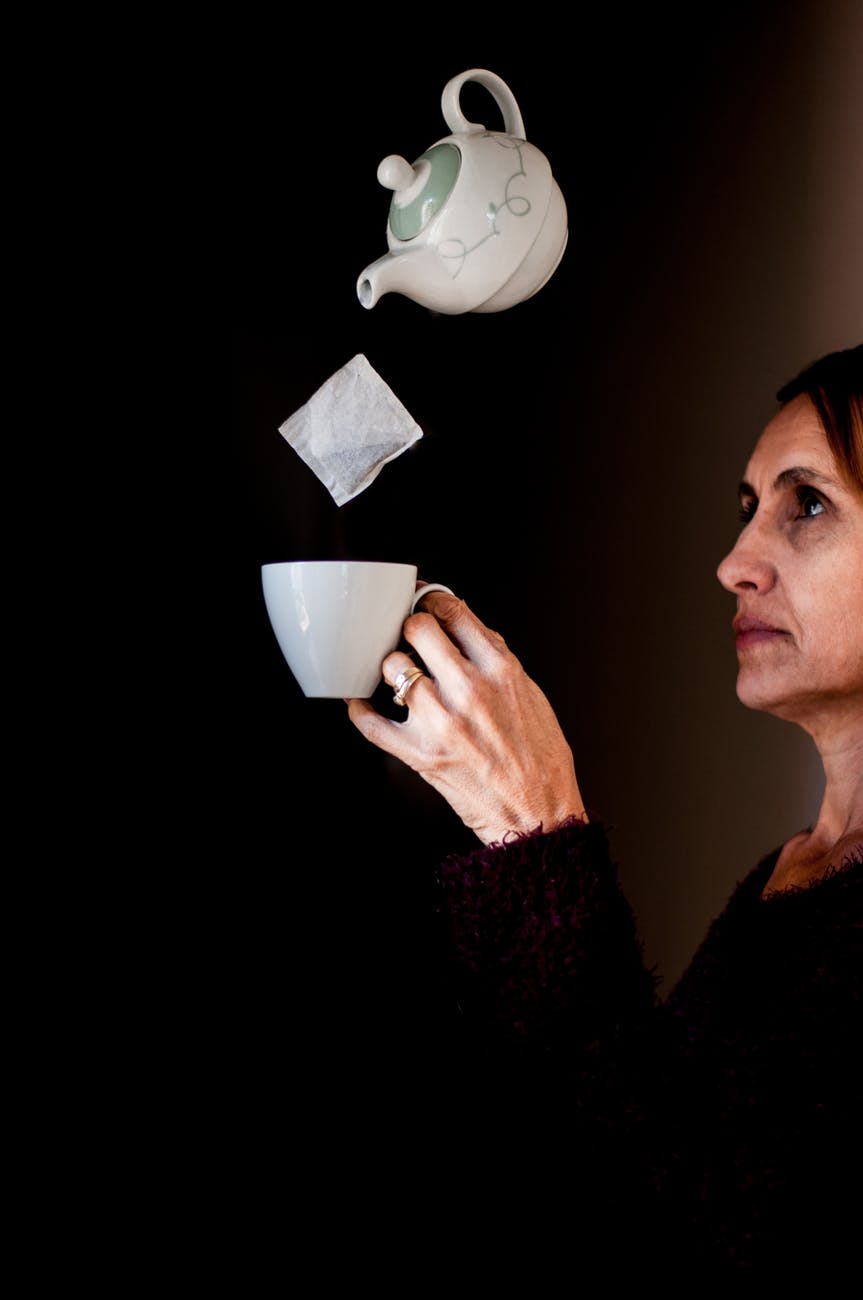 White supremacy is an instinctual survival tactic used to prolong the existence of the white race.

In this blog post, we dive into the science of white supremacy as a survival tactic and the tricknology employed to carry it out.

Tricknology is a type of deception where one mixes truth and lies in order to take advantage, manipulate, and dominate. Often associated with the use of technology and fields of academia to impose a belief system based on a false foundation. Tricknology is “devilishment – telling lies, stealing any how to master the original man.”

According to the Oxford Living Dictionary, Tricknology is defined as follows:

Did you catch that?

Within this Oxford definition, we can see the use of tricknology itself, a blatant lie mixed with the truth. The truth is that tricknology includes, “deception and manipulation employed by a dominant group”. The idea of a white majority/black minority is the lie.

The projection of a white majority is a phycological defense mechanism at the conscious and unconscious level used to cope with the fact that whites are the minority on the planet and are genetically unable to produce color.

Furthermore according to Dr. Francis Cress Welsing, in her groundbreaking book The Isis Papers: Keys to The Colors, “any neurotic drive for superiority usually is founded upon a deep and pervading sense of inadequacy and inferiority.” This is the psychological basis for racism White Supremacy.

The genetic basis for White Supremacy according to Dr. Welsing rest on the fact that the “state of color absence acts always as a genetic recessive to the dominant genetic factor of color-production.”

Phillip Scott appropriately includes the phrase “Passive Aggressive” in his title as the system of white supremacy takes this exact form.

You may have heard the saying, “the Devil (snake) has a forked tongue and speaks out of both sides of his mouth.” The word passive aggressive demonstrates a mixture of two opposing principles (similar to using truth and lies) used for the purpose of deception.

Phillip Scott poses the question, “If you hate us so, then why do you want to be like us?”

White people subconsciously want the ability to procreate color which is genetically impossible. This produces envy and hate at a very deep psychological and genetic level.

Passive-aggressive or Covert Racism is a degree (knowledge) of Tricknology. This was taught during the very making of the white race.

The first instance of passive-aggressive racism or the use of tricks and lies for deceptive purposes occurred in the making of the white race from black. This process of selective breeding or artificial selection was described by Elijah Muhammad as “grafting”.

“Yes after Mr. Yakub making them man, white from black, then the question is how yet did he become evil? This is done through the grafting to. In the grafting of a child, of the white out of black, he taught nurses that as soon as the baby comes to birth if it is a black baby, then give it over to the cremators or to some wild beast: destroy the child. If the mother is not looking at the child or watching you too closely, nurse, take a needle, and sharp needle, and prick it in the brain of the baby and tell the mother that her child was stillborn; We call them dead under that name stillborn. This process went on throughout the brown child for another browner one. The lighter one, or we say the lighter was saved all throughout. But having this murder inserted into the mind of the nurses to destroy the darker or Browner or the yellow, until they got to the white one, once the white one came in, naturally this was  in the nature of the white one color object thing other than white as a human being consequently He would try to destroy that is coming into his race.”

This still goes on today Elijah Muhammad warns, “Be aware of the tricks the devils are using to instill the idea of a false birth control in their clinics and hospitals. STERILIZATION IS NOT BIRTH CONTROL, BUT THE END OF ALL POSSIBILITY TO BEAR CHILDREN.”

Furthermore, we continue to see the use of abortion as Black genocide.

The reason the system of Racism White Supremacy Exist

According to scholar Neely Fuller,  “the goal of the white supremacy system is none other than the establishment, maintenance, expansion, and refinement of World Domination by members of a group that classifies itself as the white”.

According to Dr. Frances Cress Welsing, the Caucasian has implemented a number of peculiar psychological defense mechanisms resulting from numerical inadequacy and genetic color inferiority.

White Supremacy is not built on overt and blatant racist actions. On the contrary, people who take part in the perpetuation of White Supremacy in this way are ostracized by their own white brethren. The reason being that it is not the passive-aggressive way that has proven most effective in promoting domination without retaliation.

The truth is that Black People by nature prefer Freedom, Justice, and Equality over retaliation. However, there is a deep psychological fear of black retaliation for centuries abuse. Thus, passive-aggressive racism is the only hope in delaying such a reaction. The oppressor can be outspoken against racism while promoting it subtly under the guise of a helper or a friend. This frienemy comes in the form of the nurse who suggests birth control after your first baby, the financier who offers money for partial ownership, or the teacher who starts your history with slavery.

To maintain White Supremacy the provocateur will make overt racism seem like the only type of racism when in fact covert racism has been the most commonly encountered during their 6,000-year existence.

Remember they did not just come to America and start killing Native Americans. They learned from them, broke bread with them, stole from them, claimed ownership, then killed them for imposing on white land. Or the Jomo Kenyatta quote “When the missionaries came to Africa they had the Bible and we had the land. They said, “Let us pray.” We closed our eyes. When we opened them, we had the Bible and they had the land.”

White supremacy follows the motto, If you can’t do the evil deed behind their back, tell a white lie and do it in their face.

Now that we have discussed the psychological and genetic basis for White Supremacy, we will now focus our attention on the actual tactics used to enforce and perpetuate the system of White Supremacy.

Passive Aggressive Racism In The System Of White Supremacy

Dr. Welsing states, “The most profound aggressions have been directed towards black people, who have the greatest color potential and, therefore, are the most envied and feared in genetic color competition.”

As a result of global numerical inadequacy and genetic color inferiority whites have produced the psychological defense maneuver of “projection”.

According to Wikipedia, “Psychological projection is a theory in psychology in which the human ego defends itself against unconscious impulses or qualities (both positive and negative) by denying their existence in themselves while attributing them to others.”

Cause trouble then play the victim

This is a classic tricknology tactic in which one acts like a victim after escalating or creating an unfavorable situation.

This tactic utilizes a lie to take advantage of the kind-hearted nature of others.

Kill The Male Save The Female

“When you help the Hebrew women give birth, observe them as they deliver. If the child is a son, kill him; but if it is a daughter, let her live.”

Create the Problem Then Point The Finger

This tactic involves the use of gossip, entertainment, and music to create an environment where one can compromise the character of another.

The remaining 8 tactics are described in the highly recommended book Passive Aggressive Racism In The System Of White Supremacy By Philip Scott.

This tactic is used to aggressively deny wrongdoing in the form of a question. They deflect the conversation with questions that suggest there is no evidence of racism that can be proven. Questions like “Can You Prove I’m Racist?” and “How are Black Oppressed in America?” are some example provided in the text.

These statements are used to make you feel ashamed or “racist” for having pride in yourself.

A compliment with insulting connotations. For example, “he is very well spoken”.

Ignoring or Saying Nothing About White Supremacy

There is an unwritten code amongst whites that if you speak out against White Supremacy you become oppressed. Therefore many whites act as co-conspirators in the oppression by saying nothing to keep their white privilege.

Blatant Miseducation around economic prosperity to keep you suffering and poor.

” In 1922 or 1923, when a debate was taking place in Congress concerning appropriation of funds for Howard University, a school set aside to train my people, in the nation’s capital.  A senator said this, and it is in the records to be examined in effect: What would be the need of a government appropriating money to educate Negroes? He said that they would not teach our people the science of Modern Warfare (defense),  birth control Or chemistry. He knew These were things free people must know in order to protect, preserve, and Advance themselves. We have not been able to protect, preserve and Advance ourselves. This shows the slave master has been very successful in dominating us with an education beneficial to him. ” (41)

The white supremacy system waits for your success or when enough people are paying attention to what you are doing to destroy what you have built especially by means of destroying your character.

The White Supremacist Score Board

White people keep tabs on everything that black people do.

A White Man’s heaven (white privilege) is a Blackman’s Hell.

Can you Reform The System Of White Supremacy?

“I repeatedly teach you this — that you cannot change the nature of the white man unless you graft him back into that which he was grafted out of. This is what Jesus means in the Bible, St. John, 3:7, in his conversation with Nicodemus. He told him that in order to enter the kingdom of heaven he must be born again because in John 8:44 (Bible), Jesus had condemned all of the white race to be devils, and their father was the devil.”

We hope you enjoyed this blog post on Tricknology and White Supremacy. Feel free to leave a comment below.