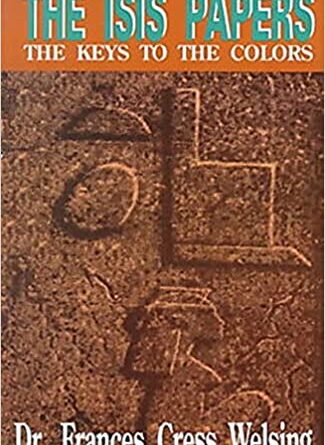 As a Black behavioral scientist and practicing general and child psychiatrist, my current functional definition of racism (white supremacy) is as follows: the local and global power system structured and maintained by persons who classify themselves as white, whether consciously or subconsciously determined; this system consists of patterns of perception, logic, symbol formation, thought, speech, action and emotional response, as conducted simultaneously in all areas of people activity (economics, education, entertainment, labor, law, politics, religion, sex, and war). The ultimate purpose of the system is to prevent white genetic annihilation on Earth – a planet in which the overwhelming majority of people are classified as non-white (black, brown, red and yellow) by white-skinned people. All of the non-white people are genetically dominant (in terms of skin coloration) compared to the genetically recessive white-skinned people.

The Color-Confrontation theory states that the white or color-deficient Europeans responded psychologically, with a profound sense of numerical inadequacy and color inferiority’ in their confrontations with the majority of the world’s people- all of whom possessed varying of color-producing capacity. This psychological response, whether conscious or unconscious, revealed an inadequacy based on the most obvious and fundamental part of their being, their external appearance. As might be anticipated in terms of modem psychological theories, whites defensively developed an uncontrollable sense of hostility and aggression. This attitude has continued to manifest itself throughout the history of mass confrontations between whites and people of color. That the initial hostility and aggression came only from whites is recorded in innumerable diaries, journals and books written by whites. Also, records indicate that only after long periods of great abuse have non-whites responded defensively with any form of counterattack. This perplexing psychological reaction of whites has been directed towards all peoples with the capacity to produce melanin. However, the most profound aggressions have been directed towards Black people, who have the greatest color potential and, therefore, are the most envied and feared in genetic color competition.

One of the most important of these defense mechanisms was reaction formation, a response that converts (at the psychological level) something desired and envied but wholly unattainable, into something discredited and despised. The whites, desiring to have skin color but unable to attain, it claimed (consciously or unconsciously) that skin color was disgusting, and began attributing negative qualities to color- especially to blackness. Interestingly, the term “non-white” is a double negative resulting in a positive statement. This is perhaps a Freudian slip, wherein the use of language ultimately reveals the primary psychological dynamic.

Greater insight into the sense of alienation in Western culture is provided by the use of the word “mammy” when whites refer to a Black female caretaker, while referring to the white female caretaker as “nanny.” Clearly, “nanny” is something less than “mammy.” Also, the words “uncle” and “auntie,” used by whites towards Blacks, bespeak an unconscious awareness of a deep and ancient familial relationship. The disrupted relationship is the origin of alienation, as supported by the symbolic rituals of Western fraternal organizations, such as the Masons and the Greek fraternities and sororities. The acting out of the “crossing of the burning sands” gives reference to the albino mutants’ expulsion from Africa, across the burning sands of the Sahara Desert, out of Africa and into Europe. This was the original alienation experience of the albino whites first spawned in Africa.

This is the reason that valium (diazepam) is the most prescribed drug in the U.S., the key unit of Western civilization and culture. It is this same anxiety that causes Western civilization’s preoccupation with weapons, spending more money on armaments than on any other single budgetary item. These weapons surround all of the world’s non-white peoples. The whites hope that the weapons will prevent white genetic annihilation and thereby ensure white genetic survival, but then whites hold the pervasive attendant fear that they will be destroyed in the conflagration also. This fundamental anxiety relative to global white genetic annihilation pervades all patterns of symbols, logic, thought, speech, action, emotional response and perception in all areas of people activity within Western culture and civilization. Also, it pervades all aspects of family life, for whites and all non-white victims of white supremacy.

Historically, white males worldwide have suffered the deep sense of male inferiority and inadequacy because they represent a mutant, genetically recessive, minority population that can be genetically annihilated by all non-white people- males and females. Ultimately, this awareness in the white collective has produced high levels of masculine self-doubt, fear, anxiety and self-aliention. These difficulties have been intensified by the awareness that white reproductivity is far lower than the natural reproductivity of any non-white population.

I have been working with Black mothers of Black male children, attempting to help them rid themselves of the fear of their sons and their men dying, which pushes them unconsciously to make babies of their sons and their husbands in an effort to try to protect and defend them. This response is the exact reverse of what is needed under the conditions of racism. Black women must learn to rear sons who will learn from the cradle that their major function as men is not to get a good job and a fine car, but to defend, protect and support their people (in that order), even should death be the consequence. That the Black male is not a sex machine but a protector and developer of Black people must be learned during the rearing process. There will be good jobs and self-respect (if not fine cars) once the people are liberated. ·There will be no true self-respect until that task is completed. As a people, we will need increasingly strong men because we can expect that white males, driven into homosexuality from their sense of weakness compared to the world’s majority of colored men, also will move towards others (non-whites), which is always an attempt to compensate for the awareness of true weakness. Black male bisexuality and homosexuality has been used by the white collective in its effort to survive genetically in a world dominated by colored people, and Black acceptance of this imposition does not solve the major problem of our oppression but only further retards its ultimate solution.

The gun became not only the weapon, the developed technology to ensure white genetic survival, but it also became the symbolic white penis. Thus, it is no accident that white males often refer to one another as “son-of-a gun.” This is a symbolically determined pattern of speech, and I am certain that white males who use it have not understood in depth why such a phrase entered and remains in their brain-computers. This phrase deprecates the white male genital apparatus that “fathers” white people with their genetically deficient state of albinism. It says instead that the white male prefers the gun to be his phallus and the phallus of his father. The gun then becomes the desired all-powerful phallus of the white male, which he conceives of as being an equalizer to the phallus of Black and other non-white males. This symbolism underlying the production of the gun m the white psyche and the white supremacy system/culture also explains the Western expression “God did not create all men equal but Colonel Colt did,” referring to the creator of the Colt revolver. Apparently, white males were thinking, at an unconscious level to be sure, that God did not create them to be genetically equal to men of color, but their technology of compensation was the gun.

I recommend that Black and other non-white peoples begin to practice consciously removing the white image of the son of God from their brain-computers and, thus, removing the corollary logic that God is a white man. Secondly, Blacks and other non-white peoples must practice utilizing our particular energy crystalizations (bodies) as direct connections with the God force. This means we must learn to use our energy crystalization antennae to connect with the source from which all energy flows. It is the same as plugging an electric cord into a wall socket. By so learning to tune in to the cosmic energy source, it is possible to find the cosmic purpose of one’s particular energy configuration known as one’s body. Then, it will be possible to use that cosmic energy for constructive purposes. I can say no more about how it can be done, but only that it can be done, just as I am saying that it is possible to break the logic circuit “God is a white man” in the non-white brain-computer.

We hope you enjoyed these 10 unforgettable Dr. Frances Cress Welsing Quotes. Feel free to comment below.