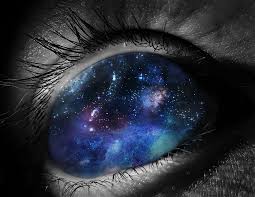 None of these definitions really give a real good idea of what gnosis actually is. In this blog post, we will separate truth from mystery. We will speak about what the gnostic has right and what they get wrong.

The root word of gnosis is gno meaning “to know.” This word often pertains to one who has or is seeking the knowledge of God.

Spiritual growth is the gaining of knowledge. When Google defines gnosis as the knowledge of spiritual mysteries, it is actually referring to the knowledge of 36 degrees or given in the mystery temples of ancient Egypt.

Gnosticism is a belief system based on Gnosis. The gnostic believes that one can reach higher planes of consciousness by way of intuitive means.

We will discuss this idea more as we deal with the concept of the first self.

Gnosis Secret One – This World

The Gnostic looks at the evil in the world and says that this was due to the creator. This statement seems blasphemous to many even though the average person has experienced or observed some level of evil in this world.

The truth of the matter is that “this world”, as it is referred to in the bible is completely unalike from the world of our ancestors and the world to come in the hereafter. To clarify, when we say hereafter we are speaking about the time after the temporary ruler of this present world. “For behold, I create new heavens and a new earth; And the former shall not be remembered or come to mind.” This is in reference to the world that will come after this world of sin.

What is “this world” and why is there so much evil. In the bible, it states, “Do not conform to the pattern of this world, but be transformed by the renewing of your mind.” This ‘pattern of this world’ refers to a cycle of decay that would come upon the world. This cycle was to last 6,000 years followed by 1,000 years of peace.

In the Holy Quran, it states Behold, thy Lord said to the angels: “I will create a vicegerent on earth.” They said: “Wilt Thou place therein one who will make mischief therein and shed blood?- whilst we do celebrate Thy praises and glorify Thy holy (name)?” He said: “I know what ye know not.” As we can see God himself placed evil into the world. When did this happen? Why did this happen? We will answer these questions later in this post.

The Gnostic view holds that the world was created flawed by the creator. While this is true, it was not created evil. First, we will look at how the universe was created imperfect, then we will discuss why we are currently living in an evil world.

You notice that the whole universe is egg shaped. The planets in the universe is also egg shaped. They are not a perfectly round sphere. Well this is leaving a little work for some wise man; that is, that I am not able to perfect, then someone must perfect that thing.

One of the things that needed to be brought out in the universe was evil and self-forgetfulness. This process to physical form 6000 years ago when mankind was made from the original man. This world allows mankind to rule as a temporary god over the original man. This is the real reason for the evil that we see today. Mischief and the shedding of blood is the very nature of the rulers of this world during this current cycle.

Prior to the time of this temporary ruler, man lived in peace for trillions of years. This is not to say that there was no evil in the universe as the potential was always there but it was suppressed. Immoral character is recessive to the dominant moral character. There were examples of destruction in the past as with the deportation of the moon. However, these moments were few and far between. People generally lived in a state of peace for trillions of years.

Yakub or Yahweh who is the father of “this world” and the current cycle of evil wanted to prove the point that peace was not worth much if it could be destroyed. He reasoned that the reason the ancestors experienced peace was due to the fact that aspects of their minds were suppressed. He set out to make a man that would be capable of ruling the original man for 6,000 years. This made man would have a collective unconscious (sometimes referred to as the subconscious) that would be a part of the mind of Yakub.

The First Self – Intuition

The Gnostic believes that God brought forth all that is visible and invisible in the world from within himself. There is a lot of truth to this statement.

The outer experiences of man are reflections of the inner experiences of man. Humans have the ability of mindsight where things can be seen by being them. A self-generated inner light is created in the mind as the mind sees an object as a part of itself. Scientists have started to dive into these possibilities with the new science of remote viewing. All things in the world are a reflection of what is inside of us.

In this current cycle of self-forgetfulness, there is a disconnect between the inner guide and the personality developed from how experiences are perceived. Your inner self is really your moral guide. Through use of the will you decide if you want to listen to this inner guide or do your own thing the choice is completely yours.

Your higher self is constantly speaking to you through intuition and inspiration. The disconnect comes from how often you listen to this inner guide when it tries to communicate with you.

The first and highest school of knowledge is 360 degrees. This system of knowledge is practiced by many decedents of slaves in the United States. It is also practiced in remote parts of Africa. In the song “on and on”, Erika Badu refers to this school of thought when she says “I was born underwater, with three dollars and six dimes, yea you may laugh cause you did not do your math”

The school of 360 degrees refers to a complete cipher of knowledge. This knowledge was first introduced in the United States by Master Fard Muhammad through the Honorable Elijah Muhammad.

The second mystery school is the school of 36 degrees. This was the Egyptian mystery school. Some information was taken from this system and into secret societies to create the last system.

The final system of initiation rites is the system of 33 degrees. This system is practiced by the secret societies of today. Free Masons, Illuminati, Rosicrucians, and Theosophist all practice 33 degrees.

Gnosis Secret Four – Who is God

For the past 6,000 years, the knowledge of God has been hidden from the masses. Instead of knowing the real God a mystery or spirit God was set up in place of the truth.

In Gnosis there is a belief that the human being has a dual nature. This is true, there as there is a moral nature and an immoral nature. Eventually, these two natures would take form in the universe.

He learned from studying the germ of the black man, under the microscope, that there were two people in him, and that one was black, the other brown. He said if he could successfully separate the one from the other he could graft the brown germ into its last stage, which would be white. With his wisdom, he could make the white, which he discovered was the weaker of the black germ (which would be unalike) rule the black nation for a time (until a greater one than Yakub was born).

The truth is there is no mystery God. God is a man. This is why the first question and answer of the 360 degrees is so important.

Question: Who is the Original Man?

Answer: The original man is the Asiatic Black man; the Maker; the Owner; the Cream of the planet Earth – Father of Civilization, God of the Universe.

This is a statement of fact. Black people have no beginning or end. They have always been as they are eternal. All “races” of people that we see today were made 6,00 years ago and have 7,000 years in total as a group of people. After that point, they will go the way of the dinosaurs. These are facts and the current birth rates, bare witness.

To Learn More About Who is God Click Here

Gnosis Secret Five- All is Mind

The second component is the conscious mind. This is a present memory that forms an individual’s personality through interpretations of various situations. The perfection of character is the key to reaching one’s complete potential. All disease is due to neglecting an aspect of character.

The Gnostic view of salvation is that salvation is received not from sin but from ignorance. There is a lot of truth to this statement. The classic idea of salvation through faith alone is a false doctrine pushed by many who simply want to justify the sinning they have done during their life.

Ignorance is the cause of disease as it allows one to neglect an aspect to the character. This is sometimes passed on from generation to generation. For example, some parents unintentionally push their own fears on their children who are naturally fearless. They teach the child to be afraid of the dark and to fear strangers. This fear results in allergies or asthma.

Black people become their first self through the perfection of character. This is, in essence, the higher self or divine unity. You do not master the first self as it is something you become. In fact, it is who you are by nature. Self-forgetfulness is what allows evil to manifest.

In Gnosis the argument is put forth that original spiritual unity was split into plurality.

The truth of this is that the universe itself begins as divine unity or the oneness of God. This is a state of mind where all the people in the universe unite as one. The original man and woman come from this oneness.