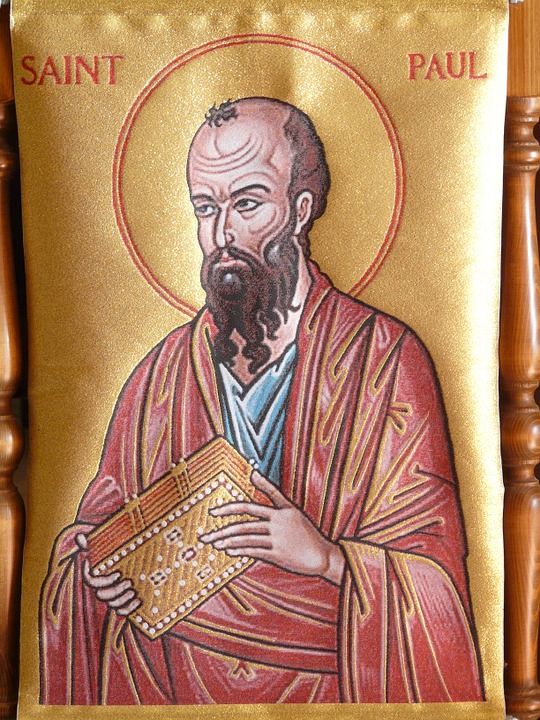 In this blog post, we discuss the detrimental Rapture Bible teachings of Paul The False Apostle.

Some Christians believe there is going to be a Rapture during the second coming of Christ. This is a dangerous and false doctrine created by the false Apostle Paul.

What is the Rapture?

The Rapture is defined as the transporting of believers of heaven at the second coming of Christ.

Is the Word Rapture In the Bible?

The word rapture is not in the bible. You will not even find the concept or idea of rapture there. The rapture simply is neither in the Gospels of Mathew, Mark, Luke or John nor in the old testament.

The idea of the rapture came from the false apostle Paul. Jesus had 12 apostles, Peter, Andrew, James(John’s Brother), John, Jude Thaddeus, Bartholomew, Thomas, James, Mathew, Simon, and Judas Iscariot (He was replaced by Matthias). All of these true apostles were taught and authorized by Jesus while he was still alive on earth. Now, where is Paul? Even in the depiction of the Last Supper, there is no Paul. This is because Paul is a false apostle teaching a false doctrine contrary to the teachings of Jesus.

Paul or Saul is the only one in the Bible who says that he is an apostle. There is no one else in the bible who acts as his witness.

Peter states the requirements to be an apostle when Matthais replaces Judas. The person had to be with them when Jesus was alive on earth and teaching.

In Acts 1: 20-22 it states, For it is written in the Book of Psalms:‘Let his dwelling place be [adesolate, And let no one live in it’; and, ‘Let another take his office.’ 21 “Therefore, of these men who have accompanied us all the time that the Lord Jesus went in and out among us, 22 beginning from the baptism of John to that day when He was taken up from us, one of these must become a witness with us of His resurrection.”

Jesus’ teachings on the end days are given in Mathew 24: 29-31. It reads, “Immediately after the tribulation of those days the sun will be darkened, and the moon will not give its light; the stars will fall from heaven, and the powers of the heavens will be shaken. Then the sign of the Son of Man will appear in heaven, and then all the tribes of the earth will mourn, and they will see the Son of Man coming on the clouds of heaven with power and great glory. And He will send His angels with a great sound of a trumpet, and they will gather together His elect from the four winds, from one end of heaven to the other.”

Look at the words. It says nothing about the son of taking people from in a rapture! None of the other prophets mention it in any of their teachings.

The verse above also states that the sun and moon will be darkened. Jesus knew that he was 2,000 years too soon for the end times and warns about anyone saying that he returned before this time.

In Mathew 24:23-27 “Then if anyone says to you, ‘Look, here is the Christ!’ or ‘There!’ do not believe it. For false Christs and false prophets will rise and show great signs and wonders to deceive, if possible, even the elect. See, I have told you beforehand. Therefore if they say to you, ‘Look, He is in the desert!’ do not go out; or ‘Look, He is in the inner rooms!’ do not believe it. For as the lightning comes from the east and flashes to the west, so also will the coming of the Son of Man be.”

If we really look at the 27th verse Jesus is saying that we will all see the coming of the son of like lightning is seen. This is due to the fact that the sun and moon will be darkened.

If you are going about your day and all of a sudden the sun and moon get dark any natural person will stop what they are doing and look up. That means that all people on earth will know.

This does not happen in the account given by Luke in Acts who was a student of Paul. When Luke describes what happened to Paul it is as if it happens to Paul alone.

In Acts 9:3-6 it states, “3 As he journeyed he came near Damascus, and suddenly a light shone around him from heaven. 4Then he fell to the ground, and heard a voice saying to him, “Saul, Saul, why are you persecuting Me?”5 And he said, “Who are You, Lord?” Then the Lord said, “I am Jesus, whom you are persecuting. It is hard for you to kick against the goads.” 6So he, trembling and astonished, said, “Lord, what do You want me to do?” Then the Lord said to him, “Arise and go into the city, and you will be told what you must do.”

Now Paul (Saul) did go through some event, but it was no Jesus. Jesus warns us that some of the False Christ would show great wonders to deceive. This is simply the case with Paul.

They leave out the verses right before because it is actually speaking about nature and weather. In Mathew 24:38-39 it states, “38 For as in the days before the flood, they were eating and drinking, marrying and giving in marriage, until the day that Noah entered the ark, 39 and did not know until the flood came and took them all away, so also will the coming of the Son of Man be.”

So clearly it is talking about natural disasters and drastic climate change.

Paul did not meet all of the other Disciples for extended periods of time. When he did meet with them it was only with one or two at a time and for a short period of time. They would have called him out on teaching a false doctrine. Therefore, before this happened, he always parted ways from the real apostles.

Galatians 1:18-19 states, “18 Then after three years I went up to Jerusalem to see  and remained with him fifteen days. 19 But I saw none of the other apostles except James, the Lord’s brother.”

14 Years Later Paul returned to and quickly had falling out with Barnabas.

Galatians 2:1 states, “Then fourteen years after I went up again to Jerusalem with Barnabas, and took Titus with me also.”

Acts 15:36-39 “36 Then after some days Paul said to Barnabas, “Let us now go back and visit our brethren in every city where we have preached the word of the Lord, and see how they are doing.” 37 Now Barnabas was determined to take with them John called Mark. 38 But Paul insisted that they should not take with them the one who had departed from them in Pamphylia, and had not gone with them to the work. 39 Then the contention became so sharp that they parted from one another. And so Barnabas took Mark and sailed to Cyprus;”

This shows that Paul did not have a basic love for the brotherhood and really could not get along with the other disciples who knew and followed Jesus’ model.

Salvation by faith alone is one of the most detrimental aspects of the C faith. In the church it is asked, “Do you accept Jesus Christ as your lord and savior?”. All of a sudden your sins are supposed to be forgiven when Jesus himself says that people are supposed to follow his example.

Another variant to this false doctrine is when Christians ask “Do you believe that Jesus died for sins?” So no matter what kind of life you live or how much sin you do that is all you have to say and believe?

What does any of this have to do with being self-denying and a follower of Christ? Nothing! It is a part of a great deception that we will discuss later.

Paul is drawing the attention away from the life and true teachings of Jesus and focuses on Jesus death. This is so perverse it is not even funny. This is what lead people to think that you have to die to go to heaven, and not that you should follow, do, and think good and have a high moral standard.

This a part of the reason why slavery and colonialism all happened in the name of Christianity. It’s not that the teachings of Jesus were false but they were corrupted even as parts of the Bible were being written.

As harmful as this doctrine is we will see that the idea of the rapture is much more dangerous.

Where did Paul Get the Idea of The Rapture?

I saved this for the very end for a reason. If you did not read other parts of this post, I strongly urge you to do so before you comment due to an emotional response to what I am about to say.

Paul was taught his doctrine from extraterrestrials. This is obvious from the way that Paul was converted. His faith was not tested and he was actually persecuting Christians at the time of his abduction.

Paul was blinded and taught for three days the doctrine of the rapture. Paul then returns to teach this doctrine to the disciples and the founders of the christian church.

There will be an event similar to the Rapture but it will not be the coming of the Son of Man (Yahweh). This event will take place by extraterrestrials for the purpose of using the genetic material of humans to prolong the survival of their race.

They have prepared planets throughout the galaxy that will seem like paradise but really are the ‘Hell’ of the worst kind. They will pretend to be saviors and then their real purpose of using humans for their genetic material will become clear. People will start to rebel and they will have a war worst than the one they were trying to avoid here on earth. This process will continue over the next 1000 years.

You will have a chance to make a clear choice to stay here on earth when the Son of Man Yahweh returns or to go with these Extraterrestrials.

The Planets that these Extraterrestrials have prepared are parasitic. They are made to suck the life out of you and milk you like cattle.

The choice will be yours to stay here with Yahweh under the protection of him and his angels or go with these aliens for your eventual doom.