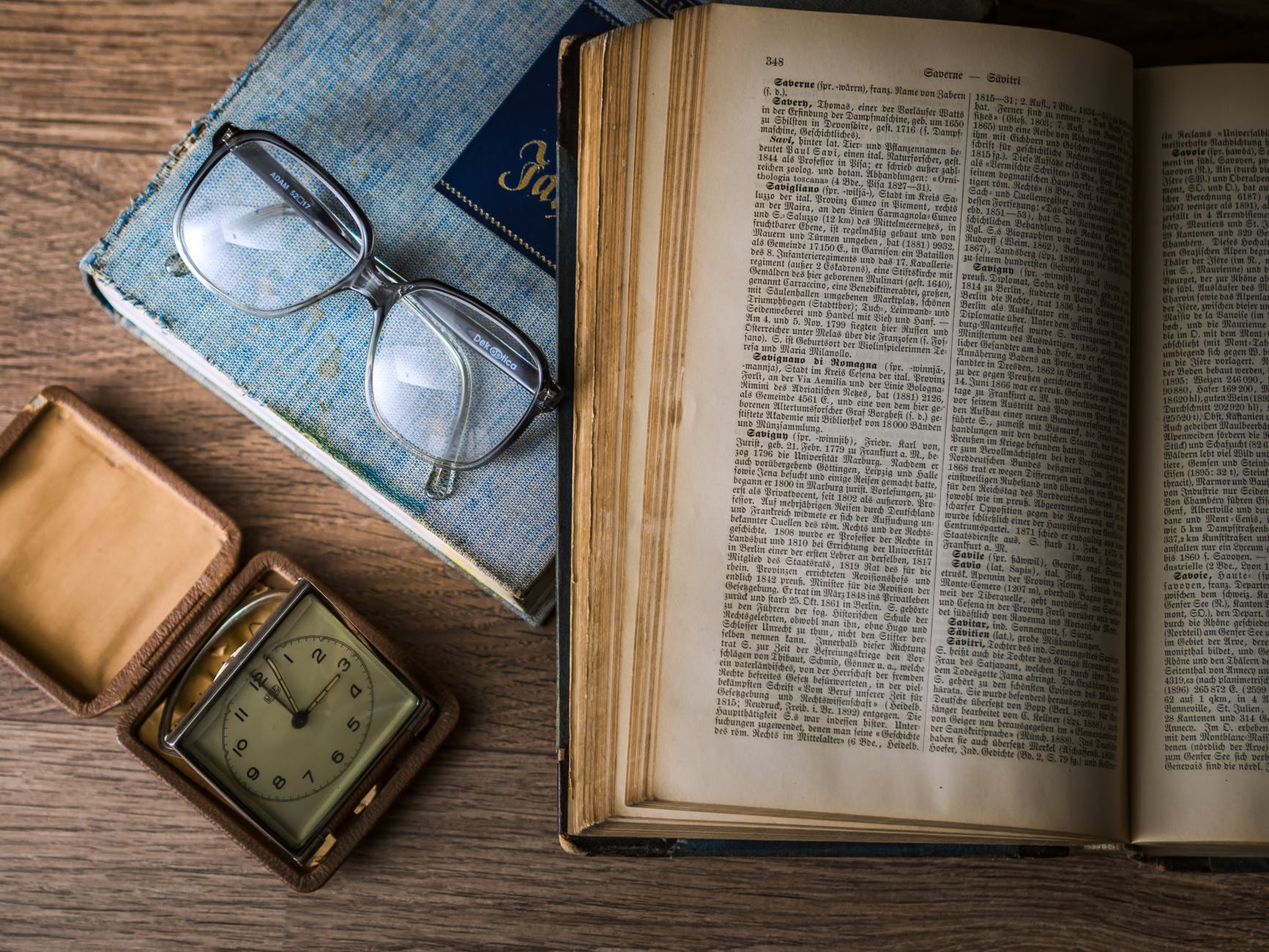 What is the Kybalion?

The Kybalion is a profound literary work written by the Three Initiates. These writers claim to be inspired by the teaching of Hermes Trismegistus.

The writers claim that this book holds the Master Key. The Master Key to what? What door does this “Master Key” open?

Who is Hermes Trismegistus?

The three initiates claim that the knowledge presented in the Kybalion can be traced back to Thoth. Thoth was known in ancient Egypt as the God of wisdom. Thoth is also known from the mdw ntr as Djehuti. The greeks knew Djhuti as Hermes. The name Hermes Trismegistus means “Hermes three times great.”

Who wrote the Kybalion?

The teachings of the Kybalion were passed down through the oral tradition for thousands of years. Part of the reason for it being passed down orally is because this form of education also served to help the initiate develop super-learning or recall. In short, it strengthened the memories of those who participated.

Recollection is directly related to learning. The ease at which you learn new information is dependent on how well you retain previous information.

The oral tradition encourages a powerful memory. This strengthened memory leads to a more vivid imagination and lucid dreaming.

One key concept given in the Kybalion is that “All is mind.” This is known as the principle of mentalism. This concept of mentalism holds that the Universe is an infinite living mind. Self-honesty is the key to knowing your own mind. Moral Character is the key to true love and unity with the first self. Gaining control of our memories helps us to get in contact with our first ancestor which is the key to knowledge, wisdom, and understanding.

There are seven principles presented to the reader in the Kybalion.

Mentalism is the concept that we are living in a mental universe. This concept allows us to utilize the fact that all is mind. Think about that statement for a moment. All is mind.

Thinking logically if all is mind and a mind needs a brain to think and operate. How did the brain come about in the first place?

There is also no such thing as a mind without a body. Let’s look at the first lesson in the NOI supreme wisdom. Regardless of what you think about the NOI look at the underlying principle presented in regards to the topic we are covering. When Master Fard Muhammad asks the question, “Who is the Original Man?”. The answer given is, “The original man is the Asiatic Blackman; The Maker; The Owner; Cream of the Planet Earth Father of Civilization, God of the Universe.

Notice how man is equated to the God of the Universe. Specifically, the Blackman, due to the fact that he is the original man. This means that he is the first with no beginning or end.

The Kybalion mentions that the principle of mentalism explains the nature of Energy, Power, and Matter. In modern science, these topics are covered under physics and chemistry.

Laws of the Mental Universe – The Nature of Energy, Power, and Matter

What is Physics? Physics is the study of the laws that govern electrons and atoms. Using the understanding of the principle “As above so below” it follows that electrons are planets, nuclei are suns, and atoms are solar systems. Size is the only difference between physics and astronomy.

Atoms themselves are made of other atoms. This is why scientists will never find the smallest particle because it is infinite. To take this a step further the number of atoms in the earth is the same as the number of stars in the universe.

The Principle of Correspondence- As Above So Below

There is no beginning or end to the Universe. It always has been and always will be. How can this be so? Where did this universe come from?

“The Principle of Correspondence enables Man to reason integentlly from the known to the unknown.”

This thinking stuff that we live in has a design and that design follows the law “as above so below.” This allows us to see and infinite picture from one atom or star system.

The Principle of Vibration

There is no real such thing as a solid. Mater is all vibration and nothing is at rest. This principle presented in the Kybalion actually describes how the conscious and subconscious mind work. This is because consciousness itself is vibration.

Our preception matches the vibrations in matter allowing us to hear, see, touch and feel. All matter goes through seven stages of vibration. These stages are the same as the condensation of mind. For example, energy enters a plan as light and is transformed into a solid (the lowest vibration) through photosynthesis.

Our body is a symphony of vibrations on vibrations. This makes the mind and body limitless and free. This a not some illusion but it is the actual design. The tools of perception (eyes, ears etc..) each have a range of frequencies that it can perceive.

It is true that as our mind expands we can perceive more. However, the reason why we don’t experience this entire range or spectrum on a daily basis is that we project the vibrations necessary to achieve our specific goals. This allows us to focus on and avoid distractions. This is necessary when creating.

All vibrations are inside of us and we project them outward in order to perceive them. Everything that you see is a condensed form of your mind. All is you, your body is the primary vibration, you give each thing its vibration as separate yourself into that thing. You assign vibrations to every perceived thing.

The mind condensed through seven stages of vibration:

The Kybalion says the following:

Masters also apply this principle to the conquering of Natural phenomena, in various ways. He who understands the Principle of Vibration, has grasped the scepter of Power

The Principle of Polarity

The principle of Polarity relates directly to magnetism. This concept is often described as one’s personal magnetism and the law of attraction. The Kybalion states that by mastering this principle you will be able to change your own polarity as well as those of others.

How Polarity Works in The Universe

It works the same way in the universe as it does in you. Remember, you are a mini-universe. In the Universe, the sun’s (nucleus) magnetic interaction with the earth (electron) causes the differentiation in the earth’s magnetic poles. They now obtain opposite polarities. Magnetism travels through either, the dark womb of space. The sun (nucleus) is a magnetic, electrical and light body. The sun has its own magnetic field. Protons and neutrons makeup and are effects of the sun’s magnetic field.

How Polarity Works in Life

Your personal magnetism is directly related to your overall demeanor and character. It’s your aura. On the positive side of the spectrum, your righteousness creates a protective magnetic field around you. When others come into that aura they change. This is likened to how the earth’s magnetic field acts as a protective layer.

Character perfection, which is directly related to perfect health, suppresses the tension of opposites. In biology, it is what is known as complete dominance. The opposing pole is not allowed to manifest.

Polarity is experienced every day. If you laugh at something to yourself others around you will smile and say ‘what is so funny’. The Kybalion states the following:

Understanding of the Principle will enable one to change his own Polarity, as well as those of others.

Polarity in This World

On the positive spectrum, the negative is suppressed by the positive, this gives Good its power over evil and allows peace to prevail over chaos. Biologically speaking this is the dominant genes ruling over the recessive. This was the society of our ancestors before the rule of the made man of 6,000 years.

When the recessive is allowed to rule over the dominate we observe the negative spectrum of life. This is the world we live in today.

The Principle of Rhythm

It’s possible to ‘entrap’ this oscillation using the law of rhythms, according to which oscillations of the same frequency enhance one another and unite into a larger whole. When a person with a strong mind starts a certain type of imagination and finds other people who are sympathetic to it, the rhythm of his mind will ‘entrap’ those willing participants such that all of them engage in the same rhythm and thus imagine the same ‘reality’. The human mind oscillates with a particular set of frequencies. These frequencies resonate and produce rhythm.

The Kybalion[1] describes how to control your own rhythm and guard against those with negative intentions. It is possible to polarize yourself at the pole in which you desire to rest. The Kybalion states that by use of the will one can attain a degree of poise and mental firmness. Poise is the manifestation of faith.

The Principle of Cause and Effect

The law of cause and effect deals directly with personal action. In fact, the actual definition of cause is a person who gives rise to action or condition. The effect is the change that is resulting from that action. It’s really that simple.

Sometimes metaphysical thinkers believe that they can separate themselves from personal action and just think themselves into the thing that they want. Thought has to be combined with personal action. The diameter of your thought controls the circumference of your action, but you must act in the present.

Cause and Effect Quotes

Ye are all gods. Children of the Most High God.

They help to play the game of life, instead of being played and moved about by other wills and the environment. They Use the Principle instead of being its tools. The Masters obey the Causation of higher planes, but they help to rule on their own plane.

You know God, you love God, but the reality of how God works, you’re disconnected from that because you are disconnected from the law of cause and effect. You think things just happen. You don’t realize that God gives you wisdom to organize and make things happen. You are sitting around waiting for a mystery God to give you what you are quite capable, if united, of giving yourself.

The Principle of Gender

The principle of gender deals with creation and generation. Everything that is created has male and female properties. There are aspects of character that are more masculine, others more feminine, and others neutral.

The Principle of Gender Quotes

“As far back as the man goes, the woman was there.”

God calls forth His helpmate in order to produce man, calling on the feminine side of His Being into existence with the word “Be” and it is!

Gender is in everything; Everything has it Masculine and Feminine Principles; Gender manifests on all planes.